It is with great pleasure, I announce, Lilygun's new album is out today! ♥

After the success of our debut album, we took our time to enjoy the whole process of creating our second album. 'Strength & Grace' is a collection of songs from twenty demo recordings I had made. Belle (my drummer) and I chose our favourite eight songs (eight being my magic number) and we began to record them with Aaron John, David Ryder Prangley (who both played on Lilygun's first album) and Adie Hardy.

Its been said of Lilygun in the past that we incorporate the three G's - Goth, Glam and Grunge! This has been a pretty good description of us in the past. But this new album seems to have taken on another aspect of sound that we have not had in the past. Although guitars are still a heavy feature in the new songs, we've branched out into a more experimental field in terms of our sound.

We released our first single 'Inside', from this album with a music video. We were overjoyed when fans paid up to £5 for the download! ♥ The Inside music video also proved to be popular and clocked up over a thousand views on Facebook in 24 hours on the day we released it! When I get described as "a Gothic Kate Bush", I know my career as a Rock artist has hit a peak! 💫 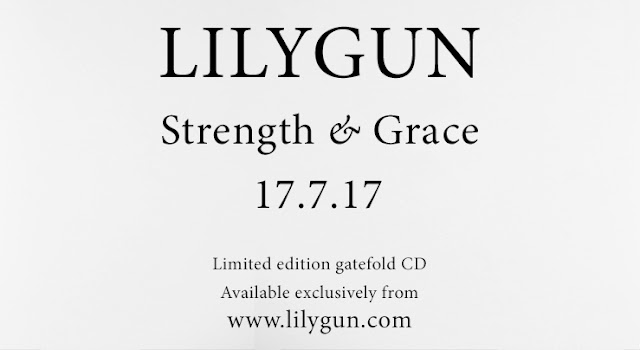 Thank you everyone for your continued support over the many turbulent years I have had with Lilygun. It means a great deal to me. I'm so proud I stuck to my guns and didn't let anyone come along and ruin this band. In the end, I feel we earned the respect and street cred I wanted and that's because I absolutely refused to conform to other people's expectations.

I also really have to say a special thank you to the remarkable players on this album, Aaron John, Adie, DRP and Belle my Star for not only contributing their amazing talents to this album but for also being my dear friends, helping, supporting and constantly inspiring me. I'm a good songwriter but it's the players that bring a song to life. The creativity of these four incredibly talented musicians shines all over this album and it would not have been the same without them.


"What does a London-based rock bands first music video look like? It’s guaranteed, not many will look like Lilyguns! With the release of their first music video, Lilygun prove to not only be unique in sound but also in vision. ‘Inside’ is the Bass-tastic first single from their forthcoming second album Strength & Grace, due for release later this month. Judging by this song, it’s going to be an album well worth investigating. Lead singer/songwriter Anna-Christina’s raw and powerful performance is captured beautifully in the video, directed by David Ryder Prangley (of Rachel Stamp fame), revealing a dark stylised character reminiscent of a Gothic Kate Bush. The charismatic front-woman has dedicated this video to her brain surgeon Mr Kevin O’Neill, who saved her life. A pretty harrowing yet touching dedication."
[The Rockpit]
Posted by Anna-Christina