I can confirm, the Bass broke my toe! It happened in rehearsal last week, when the strap came off as I was putting the bass on at the start of rehearsal! In a split second, it fell bang smack on my right big toe and broke a bone! Of course I didn't realise that a bone had been broken at first and although I saw stars, I continued with rehearsal as normal (the show must go on), occasional bum notes played here and there due to surges of pain during songs! I have no idea how I got through this rehearsal and I even managed to drive home but at around 6pm that evening, my toe, including the joint and top of my foot, had swollen up black, blue, green, and red and I was in complete agony! When I say agony, I mean 10/10 pain!

I didn't go to hospital as I thought the pain would ease up over the weekend but by Sunday, I knew this was more than just a serve bruise! I headed to hospital (with one crutch and a walking stick) on Monday to get an X-Ray! I was seen pretty quickly but the wait for the results seemed endless. At one point, the fire alarm went off and everyone had to leave the hospital. A nurse put me in a wheelchair and wheeled me outside and left me in the middle of the pavement! God, I felt so embarrassed sitting there like a lemon!

Another lady began to complain about pain in her foot (four other people were there with some sort of right foot problem) so I offered her my wheelchair! Partly because I'm nice, partly because I was so uncomfortable sitting in the middle of the pavement! I lent myself up against a post outside of the hospital on one leg like a pelican! 🦩 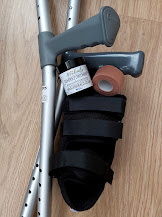 Shortly after this, we were all called back in and finally, I saw the doctor, who confirmed I have a tuft fracture! She gave me some equipment and instructions and I was off, with two crutches and a new boot! (the Comfrey I brought myself) The boot alone was worth the five hour wait as getting around was instantly easier. It has been a tough week! The pain has been much worse than I thought it would be and other parts of my body have started to ache due to lack of mobility and the strain of using crutches!

Although I've had my share of injuries and other horrific health issues to deal with, I've got to say this broken bone business is right up there in terms of pain!!! Anyway, I made a promise to myself that I will handle this injury with positivity, grace and minimum swearing lol!


What were rehearsals for? My first gig since last year March! Just before lockdown last year, I recorded Bass on the new David Ryder Prangley album, Vampire Deluxe! The album came out on the 4th July on Bandcamp. I'm super proud to have contributed Bass and the occasional backing vocal on the album as it's a fantastic record! To celebrate the release of the album, a gig is scheduled for Sunday 15th August at the Lexington. I was greatly looking forward to this show but due to what has happened, I will not be able to perform at this one! 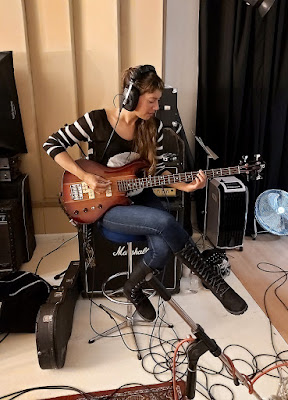 I've found that bad things that have happened to me in the past, have always been for my highest good, and I understood that almost immediately on point of tragic event. I guess this one could be an effort on the part of the Universe to get me to stop and rest! This year, has been an amazing year so far for Music Audio Stories but I have to be honest and admit, it has also been the most hectic and gruelling one for me! There have been many times throughout this year when I have felt completely overwhelmed and exhausted but somehow, I have the resilience to persist and carry on! This is the life of an entrepreneur and a business owner, we all feel these emotions!

My ability to keep going is partly due to the wonderful support network I have of family members and loyal friends who stick by me no matter what. That, and the fact that I love what I do and have a tremendous amount of belief in it! I have such big plans and dreams for my company and I am extremely lucky to have the opportunity to build my own empire.

I've made a weekly positive healing plan. This week's plan consisted of resting, meditation, Yoga in bed (yes, that is a thing), eating tasty food (cakes and cookies included), movies, reading, watching the Olympics, and listening to YouTube videos and podcasts on various topics...

I'll keep you updated on my progress now that I suddenly have lots of time on my hands! 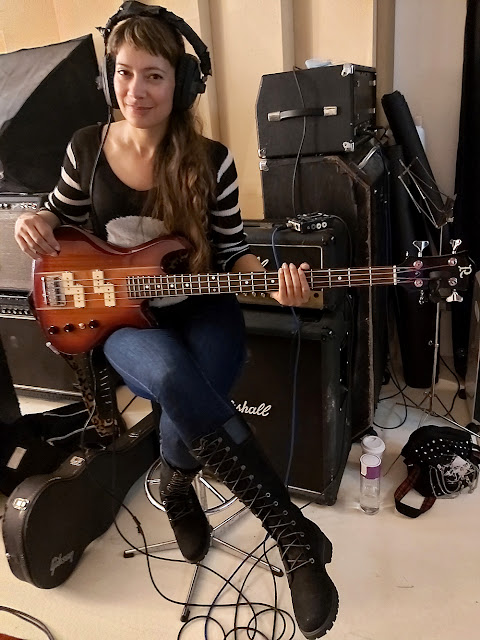