Narrating Music Audio Stories is a lot of fun! If you listen carefully to my stories, you will notice that the music is phrased with the narration and character voices, making it almost seem like songwriting rather than your standard audiobook. This quality of writing words and sentences rhythmically was evident from my first audiobook 'March of The Ants' and has continued in every audio story I have written since. As with everything I do, I don't over think! This just happens naturally.

Once the story and score is written, I record the scratch track. This is the guide track that the actors will later follow when they do their voice-overs. I record the narration in the same way I record singing, with one side of the headphones off my ears so I can hear my natural voice as I go. 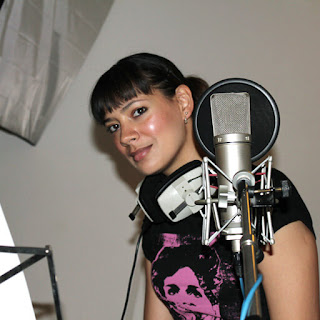 Narration in any audiobook is important but especially in a children's audiobook because the storyteller's voice must be animated, expressive, dynamic and full of energy. Pronunciation is also important.

I colour all of the character's lines on the script in different colours to make parts easier to read. I keep all the narration in black ink and even though I already know most of the lines, as I wrote them, I still need the script to guide me. I don't think of it as "reading" though! When you already know most of the lines it becomes more fluid and more of a performance.

At first, as most people will say when they first hear their voice recorded, it was a little strange to hear my voice! For years I have heard my singing voice but never my speaking voice so it took some time to get used to. The more audiobooks we made, the easier the narration became and now I absolutely love being the narrator of Music Audio Stories. 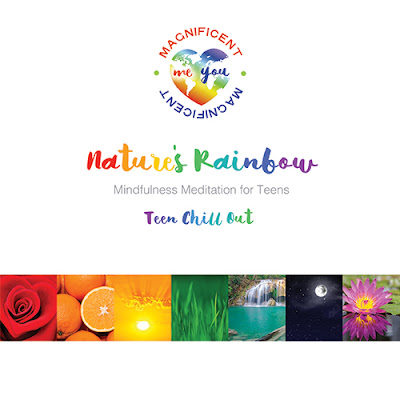 Nature’s Rainbow (Mindfulness Meditation for Teens) album has been designed to nurture and inspire young minds. Created by the author of the Magnificent Me Magnificent You series Dawattie Basdeo, each track nurtures mindfulness of the world around us and explores what we can learn from nature and empowerment of the self.

The music has been specially composed by Anna-Christina. Each track has its own flavour that complements and enhances the guided meditations written and performed by Dawattie Basdeo. Unlike other meditational music, the music has been created specifically for each colour of the rainbow, gliding between the ebb and flow of the words to aid the unique listening experience. The music is based upon the resonant note of the chakras and is designed to connect you with your inner peace.

Teenagers face many challenges today. Natures Rainbow Mindfulness Meditations for Teens has been created as a resource teens can draw strength and inspiration from. Each guided meditation is based on mindful observations from the natural world. The vision for each track is to create a space where a young person, takes time to sit and be and "feel the me" and experience a moment of mindful awareness of their world and the wisdom it shares.

Visit the website to hear samples of the tracks here: https://magnificentmemagnificentyou.com/product/natures-rainbow-cd/ 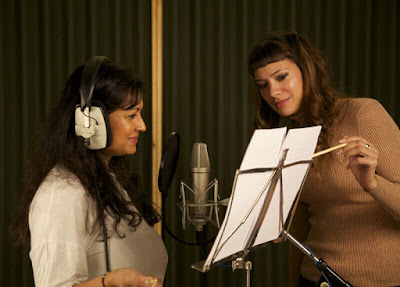 
This project has been such a wonderful experience for me and I have enjoyed working with Dawattie so much. It's lovely to know that we've made something special that will benefit all the beautiful young minds out there.

I first met Dawattie at the Global Woman Magazine's Networking Business event last year. This really highlights the importance of musicians, composers and authors getting out in the world, meeting people, attending events and networking. You never know who you'll meet and what fantastic projects may come your way!

I feel so blessed to be part of this amazing project!