When I get described as "a Gothic Kate Bush", I know my career as a Rock artist has hit a peak!

I can't even tell you how great it feels to see my band Lilygun back in the rock news again! Since I released Lilygun's debut album a few years ago, some of the reviewers who gave us such amazing reviews have left their companies which is a bit of a shame because I would have loved them to hear our new album! Neil Richardson was one of them but luckily he does still work at RoomThirteen.com and is continuing to support us even after all these years! This feels like a special time for Lilygun, the wait for the new release is almost over and our story will continue...

THE MAGIC BOX HAS ARRIVED!!! 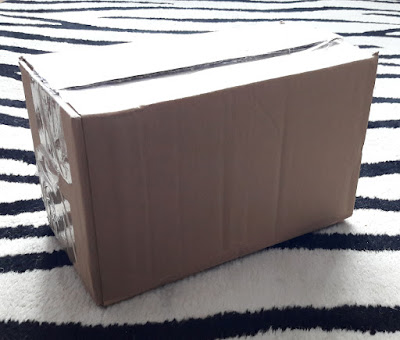 Inside this box is Lilygun's second album... I can hardly believe it!!!

"What does a London-based rock bands first music video look like? It’s guaranteed, not many will look like Lilyguns! With the release of their first music video, Lilygun prove to not only be unique in sound but also in vision. ‘Inside’ is the Bass-tastic first single from their forthcoming second album Strength & Grace, due for release later this month. Judging by this song, it’s going to be an album well worth investigating. Lead singer/songwriter Anna-Christina’s raw and powerful performance is captured beautifully in the video, directed by David Ryder Prangley (of Rachel Stamp fame), revealing a dark stylised character reminiscent of a Gothic Kate Bush. The charismatic front-woman has dedicated this video to her brain surgeon Mr Kevin O’Neill, who saved her life. A pretty harrowing yet touching dedication."
[The Rockpit]
Posted by Anna-Christina