As of this month, I am officially a published children's audiobook author! ;-) 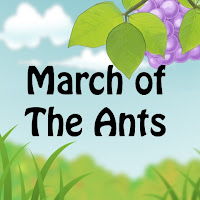 Its been such an incredible journey so far and I feel like the best is yet to come! What started off as a college assignment with my first story, 'March of The Ants', has turned into this wonderful project and I have enjoyed every minute of it!

Speaking of which, this month I have launched a brand new website which features a new video page and as of today, my shop is now open! I've been working very hard to get this project up and running and I have to admit, the response has been amazing! I have met some lovely people along the way and I'm looking forward to returning to all the various Primary Schools and nurseries for presentations in September.

Over the next summer month, I will be going to many summer fairs and events, spreading the word with my little helpers and promoting our free audiobook download. Visit my website here: www.musicaudiostories.com to get yours!

I can't wait to begin my next adventure with my new story...

This month I took time out from my busy schedule to go on a much needed holiday. My beautiful boyfriend took me to Rome for my birthday and then Umbertide and I completely fell in love with Italy! It was my first visit there and I loved the architecture, food, especially the tomatoes and had such a wonderful, romantic time.

Here are some photos of my trip...
♥ Anna-Christina 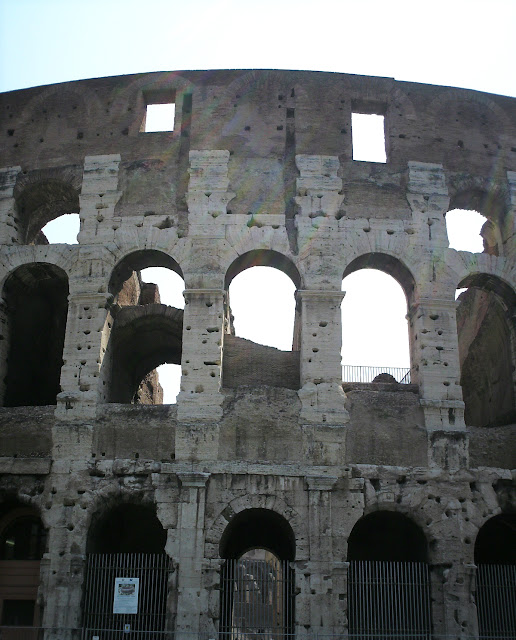 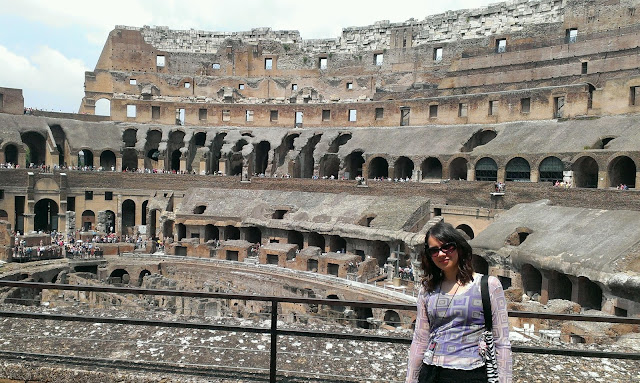 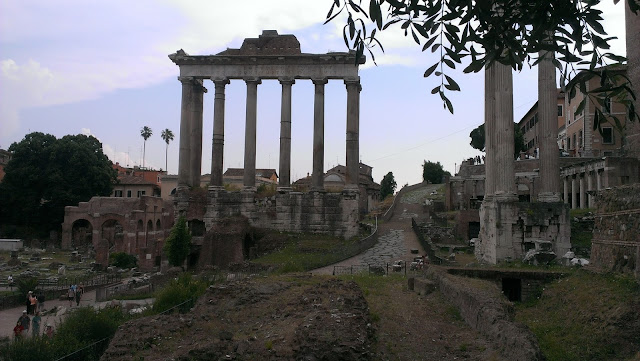 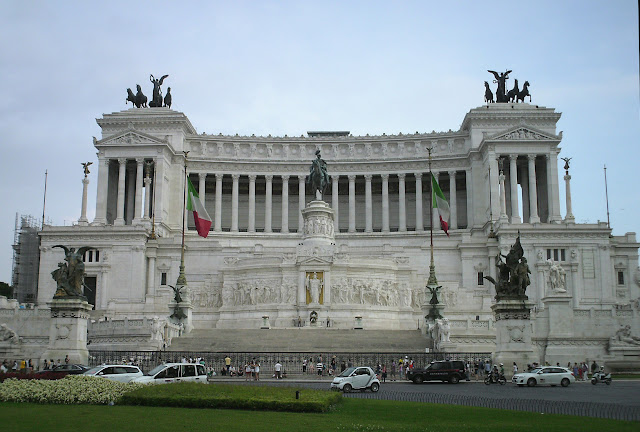 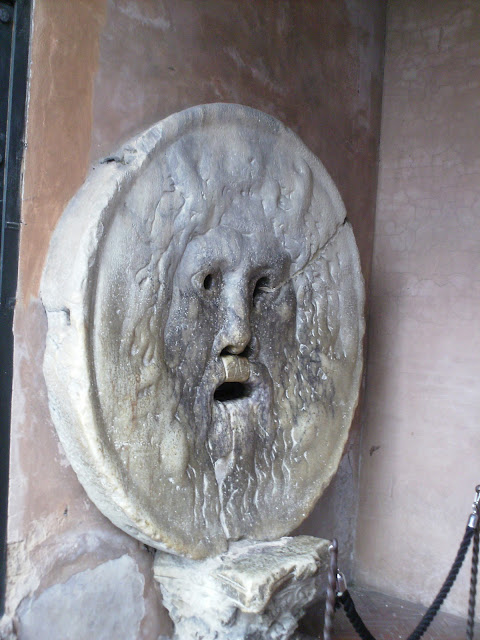 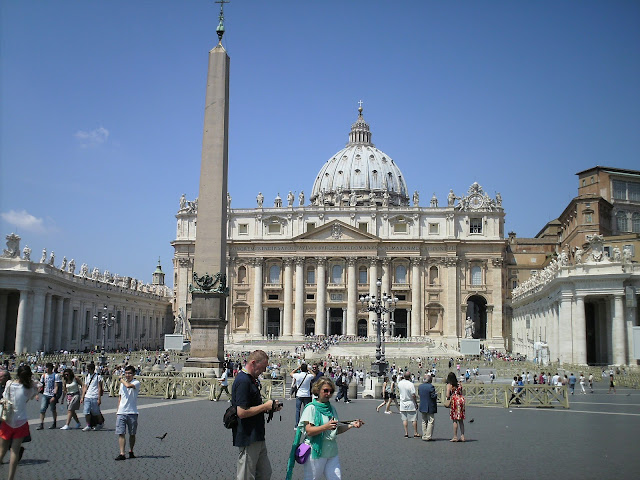 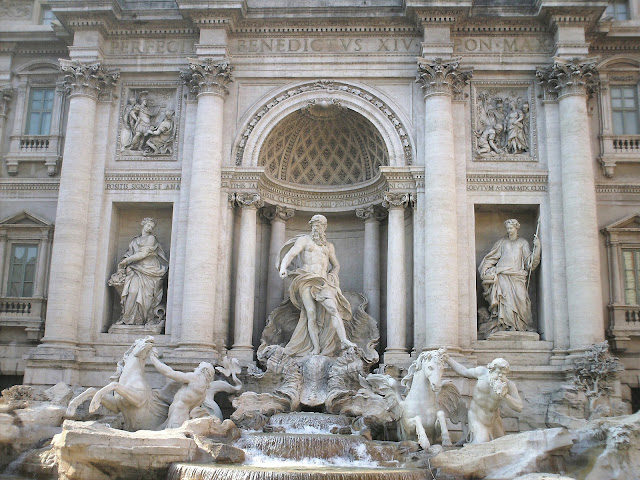 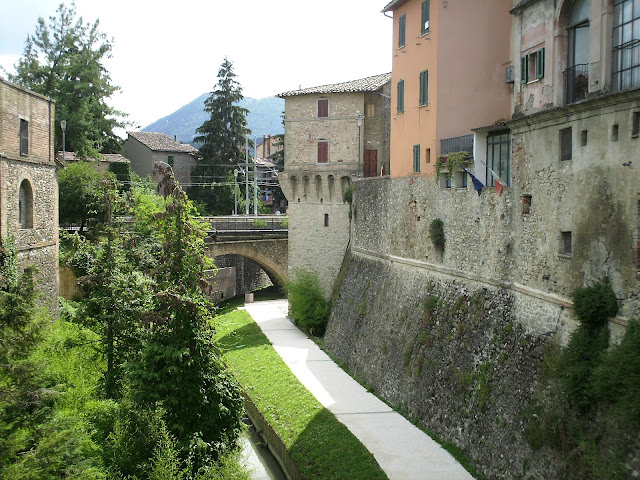 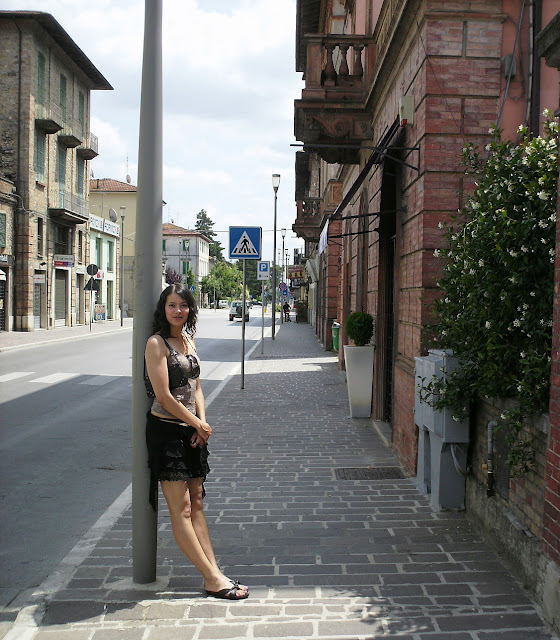 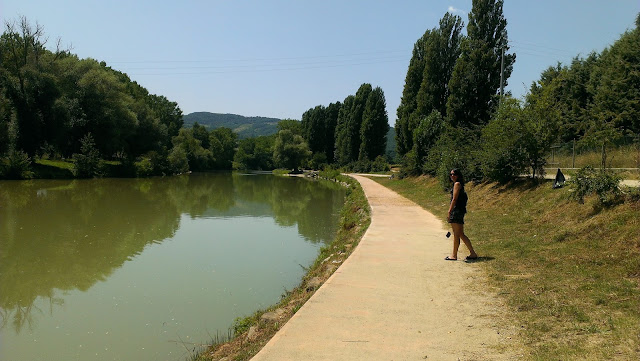 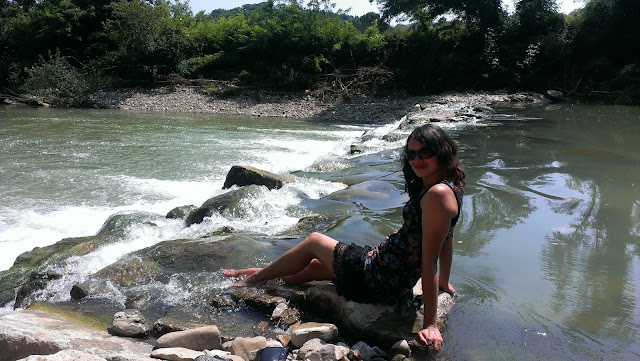 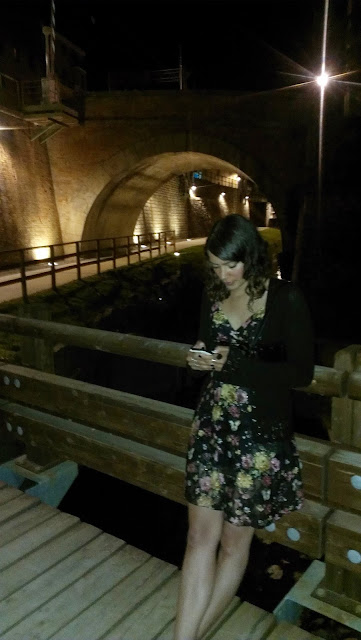 So why am I in this unlikely venue? I'm here to witness the first 'Official' solo acoustic set by Anna-Christina from Lilygun. This time she is doing things differently and in Lilygun's downtime she is stepping away from her full-on rock mode and taking her first steps in singer/songwriter territory. Songwriting is nothing new to this lady as she wrote all the songs on last year's long awaited Lilygun debut album. However, she is now stepping out of her comfort zone and into uncharted waters. Anna-Christina doesn't believe in taking the easy route - most people in this situation would just play stripped down acoustic versions of their band's existing well tried songs. No - that would be too easy! Instead we get four never before heard songs and a cover.

This series of solo acoustic gigs are going under the rather puzzling name of 'Pretty Little Lady?' Yes, the question mark is intentional - but why you may ask as there is surely no question? Well this little lady is puzzling so... The first song is actually called 'Pretty Little Lady?', and once the lyrics hit home you begin to understand. This is actually hard hitting stuff lyrically and there is quite a bit of venom in there - directed at a person or persons unknown. The uncompromising nature of the material continues with the second song 'Dirty Rotten Liars'. Anna-Christina might look quite demure and unoffensive, but certain people have obviously left her seriously pissed-off! Some of her songs with Lilygun have dealt with some of the 'Scum' (her word) she has encountered in the past, but now she is really letting rip and venting her anger in a much more direct fashion! Although anyone attending tonight wanting to hear Lilygun songs is going to be disappointed, there is one song that most people will recognise - a cover of the Garbage song 'Fix Me Now' - again showing a different side to this intriguing lady - It's not all anger and attitude after all. Listening to the debut Garbage album that this song comes from you see where Anna-Christina draws some of her inspiration from. but of course that band's Shirley Manson is another lady you wouldn't want to get on the wrong side of!

The turnout tonight is rather good - especially for an expensive upmarket venue on a Tuesday night. Anna-Christina's set is very well received by those present. The lady herself seems to rather enjoy the chance to vent her anger as well - she looks quite relaxed and at home in this new environment. There are a few more of these acoustic shows lined up and I'm sure future performances will be even better. However, Lilygun fans fear not - I hear are returning to the live scene in a matter of weeks... As with the choice of her band name Lilygun, Anna-Christina is a mass of contradictions. This softer acoustic approach still drips with venom. And yet in spite of the aggressive nature of the lyrics in tonight's songs, she adopts a much softer vocal style than she does when fronting her rock band Lilygun. Is this the real Anna-Christina finally starting to rear her head? I think the vocal style she displays tonight sounds more natural - she is really allowing her voice to soar and approach it's real potential. She sings well with Lilygun, but I get the feeling she has been holding back for some reason and now her voice is starting to fly. I think the real Anna-Christina is only just starting to show herself - the chrysalis has started to open and the butterfly is getting ready to emerge... [Author: Dom Hemming - 26/2/13]

Although she is appearing here tonight in solo acoustic mode Anna-Christina isn't your typical laid back singer/songwriter. There may be no elecric guitars or drums present, but don't expect the usual nice innoffensive hippy hippy style songs about flowers and lovely summer days in the country. No - this lady has axes to grind! The method of delivery may be different from the power of her rock band, but lyrically these songs pull punches! From the opening title track 'Pretty Little Lady?' (the question mark is quite deliberate but you have to hear to song to understand) it's very obvious Anna-Christina has things to get out of her system and issues to deal with! The lyrics of the first couple of songs in particular aren't for the faint hearted and obviously come from bitter personal experiences. This method of expression seems to be her therapy. Although Anna-Christina needs to vent, this series of acoustic shows in and around London (more to follow) seems to be working well for her as in spite of the less than cheerful nature of the songs she actually seems very happy and to be really enjoying herself. The 'therapy' is working! This is probably her best solo show yet as although the venue is small and intimate it is actually quite busy. What makes this show more of a triumph is that away from her London home and the support of friends and family this crowd of people who have no idea who she is really enjoy her set. The 'Pretty Little Lady' herself obviously really enjoys playing for this very appreciative audience too - the atmosphere is very friendly and welcoming. I have a feeling she will be back...
[Author: Dom Hemming - 10/3/13]

The 'Pretty Little Lady?' (her deliberate question mark) is playing a Garbage cover - this is 'Fix Me Now' and is usually the last but one song in her set - it looks like we've missed almost the entire set in spite of being at (or outside) the venue when she was due to take to the stage. It's a quite different sounding but good version of the song - I think the vocals are better than the Garbage original and Anna-Christina's voice really soars in a way she doesn't allow it to when she is fronting Lilygun. The set finishes with new (for these acoustic gigs) song 'Resolution' which goes down well judging by all the applause. It's certainly interesting to see another side to the intriguing Anna-Christina and I really like the way she uses a higher part of her voice that people people who have only seen her perform with her rock band Lilygun will be unfamiliar with. Talking of Lilygun - they will be returning to the live scene next month and will be one of the last bands ever to play at the famous Bull & Gate before it closes as a music venue...
[Author: Dom Hemming - 17/3/13]
Posted by Anna-Christina No comments: 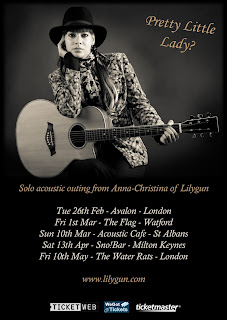 This project is one of my spin-off projects from my band Lilygun.
A long time ago, I was sitting in Mr Bailey's house with a group of musicians and they were all jamming. One of them asked me to play something and I said no! It wasn't because I wouldn't, it was because I couldn't! This will sound completely crazy because I am a singer in a rock band, but I've never been able to sing in front of other people in any situation that doesn't involve me being on a stage with 3 other musicians rockin' out.

Fronting a loud energetic rock band is completely different to the intimate settings of any acoustic performance and I was always very impressed when I encountered solo acoustic acts performing around London. I couldn't even do karaoke!

And so I decided to face my fears... "Pretty Little Lady?" is a concept I invented for a series of solo acoustic gigs I began to perform this year. The half an hour long set was made up of new songs specially written for these gigs and a Garbage cover song. If they had turned out to be a disaster, I would have just stuck to what I was good at however, they were very successful and I ended up having a lot of fun.

Here's a little bit about Lilygun... 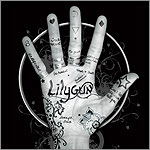 As London continues to fall to their unique sound, Lilygun adheres to no rules. A guitar based rock band, Lilygun was formed by Anna-Christina, the songwriter/singer/guitarist. Her unusual combination of classical roots mixed with dark aggression has resulted in an uncompromising and unpredictable Rock that has an edge to it and has been described as a shower of bullets and petals.

Anna-Christina's unconventional theatre upbringing plays an interesting part in Lilygun but more fascinating, is her spectacular comeback and triumph over tragedy when her life was almost cut short after suffering from a Subarachnoid Brain Haemorrhage.

This is a band free from rules, fashion trends and the common trappings of most rock bands. Not willing to submit to the norm, Lilygun has the ability to create a strange and captivating atmosphere when playing live. When the question arises of whom or what they are like, it's always met with the same reply, "I dunno"!

The name "Lilygun" was just two words thrown together at first but as they progressed, it took on a meaning all on it's own. It's a perfect representation of the many contradictions the band has. Something beautiful inverted into darkness. Aggressive and heavy in parts of the set they play to soft and fragile and all projected with a sense of glamour and a certain freshness and vibe of their own.

After the success of the band's first two singles, notably the second single Moonlight receiving rave reviews and making XFM’s Playlist on the Ian Camfield Rock Show, Lilygun's self-titled debut album is out now on A Line Records/Cargo.