I often go to the Royal Albert Hall, it's one of my favourite places in London but I have never seen it like I did last weekend! I went to 'The Music of Hans Zimmer vs John Williams' - The very best scores from the two greatest film composers of all time.

First of all, the lighting during this concert was absolutely AMAZING! 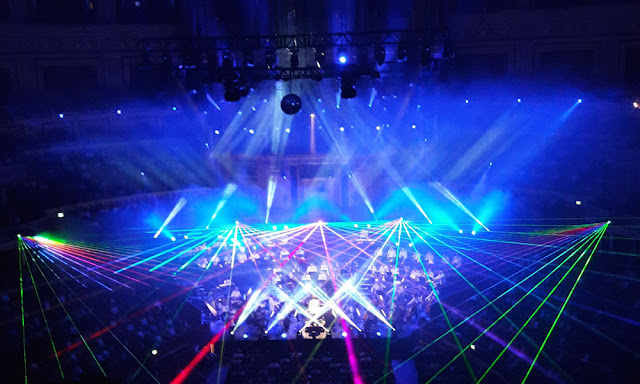 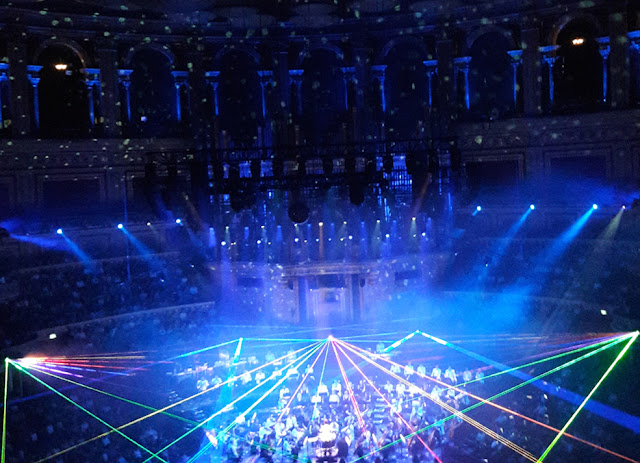 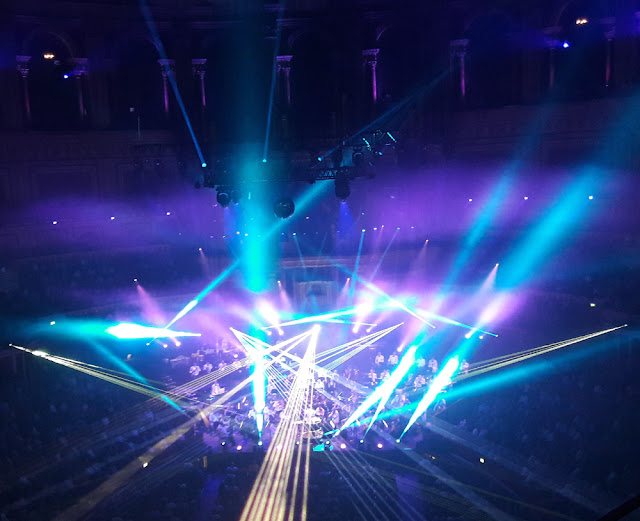 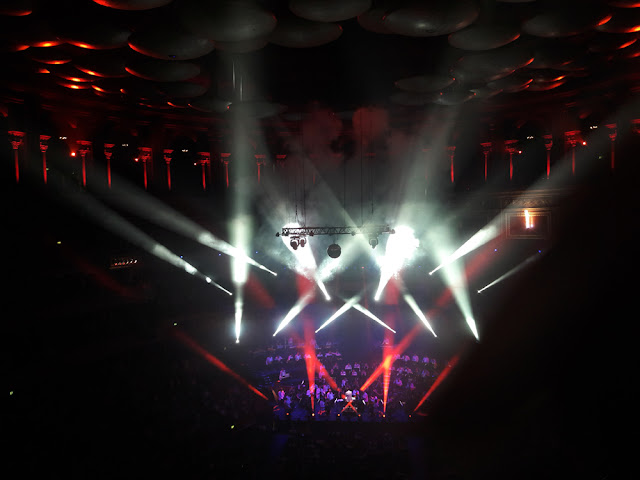 And then there was the music! 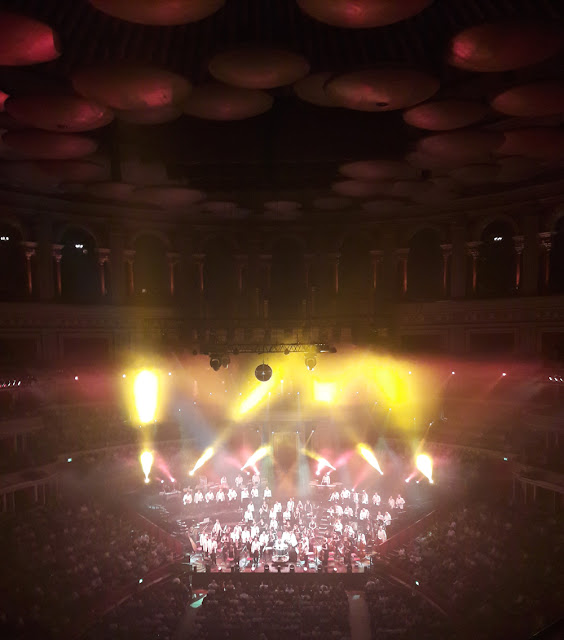 It wasn't the first time I have heard the music of the great John Williams live! But OMG there were EIGHT French Horns and TWO Tubas! It was EPIC!

I'm a tough cookie but put me in front of an orchestra and I am like jelly! Within 5 minutes of the first piece by Williams, I was almost in tears! Tears of pure joy and love of that magical sound. The sound of an orchestra! No one composes for an orchestra quite like John Williams! There's something very powerful, playful, almost child-like about his music. None of his scores sound the same. You can feel his excitement and energy through his music and it pulls at your heart in a particular way, words can not even describe! 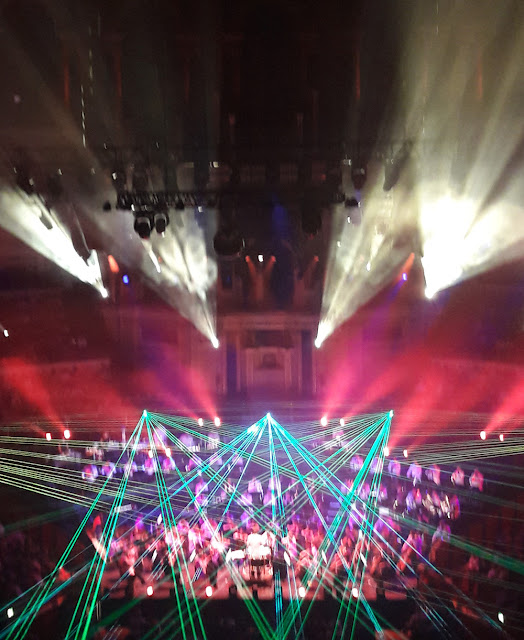 In contrast, and I don't wish to offend anyone, but I found Hans Zimmer's scores fell flat for me. They just didn't pop. His use of the orchestra is quite basic, that's not an insult, just an observation, it's not on the level of Williams. Even his pieces with strong melodies like Pirates of The Caribbean (Pirates of the Caribbean: The Curse of the Black Pearl was composed by Klaus Badelt, one of Zimmer's colleagues at Media Ventures) didn't come across compared to the likes of Star Wars, ET, Jurassic Park and Superman. Zimmer is known for integrating electronic music sounds with traditional orchestral arrangements which I love and while I appreciate his idea to "work more collaboratively", I do sometimes wonder which parts of which scores he actually writes! However, I have to say, my feelings changed once the orchestra began to play Inception!

WOW!!! What an emotional, pulsing, deeply powerful piece of music and yes... now I can hear his unique style! This piece completely won me over and was the most intense moment of the concert. I took a video but I can't seem to upload it which is a shame!

I must mention how awesome Anthony Inglis, the conductor was! Not only doing a terrific job conducting but also very entertaining and had the audience laughing on more than one occasion! Half way through the concert, there was an announcement! He was taken ill and Johnny Depp was now going to conduct! He came on dressed as Jack Sparrow! It was brilliant. 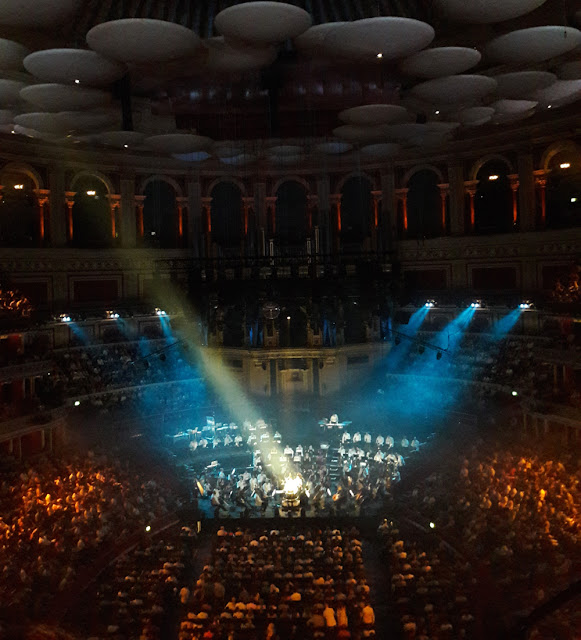 He did it again during Star Wars... This is what it would look like if Darth Vader were to conduct an orchestra with a lightsaber lol! 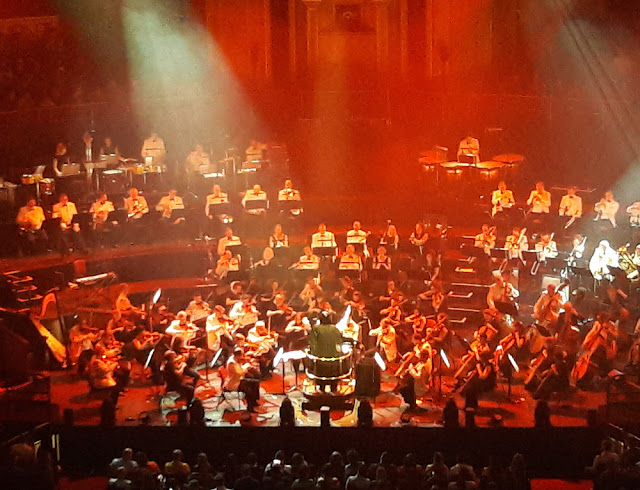 Music isn't a competition, we all have our own tastes and preferences and the world is big enough for every musician and composer out there. For me, John Williams is a musical genius... I would highly recommend this concert to everyone! It makes for an interesting study and amazing experience transporting you into another world with its incredible, atmospheric lighting/laser display and fireworks! 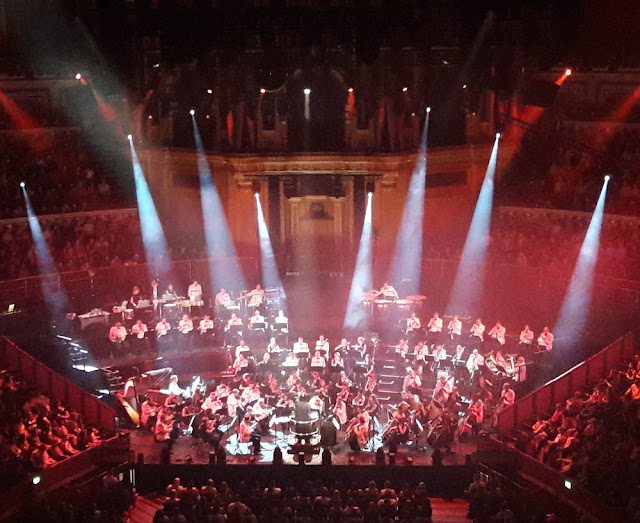 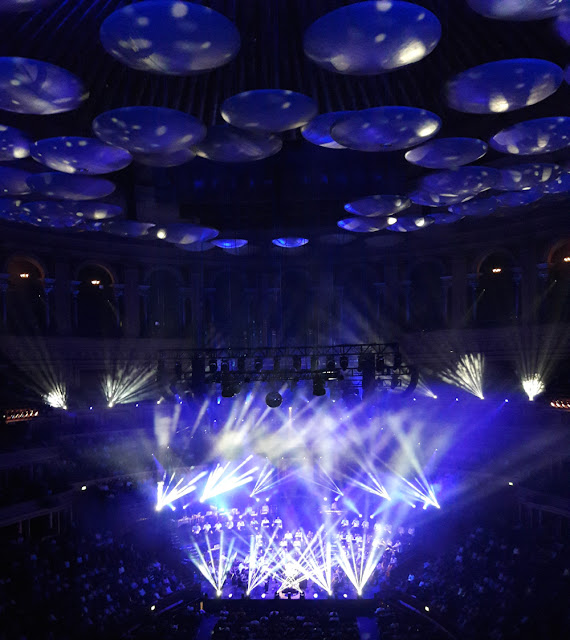 I returned to the second year of the Mindful Living Show at the Business Design Centre on the 1st and 2nd June last week. I was invited by Dawattie Basdeo who had a Stand for her 'Magnificent Me Magnificent You' range and copies of 'Nature's Rainbow Mindfulness Meditations for Teens' album (music composed by yours truly). 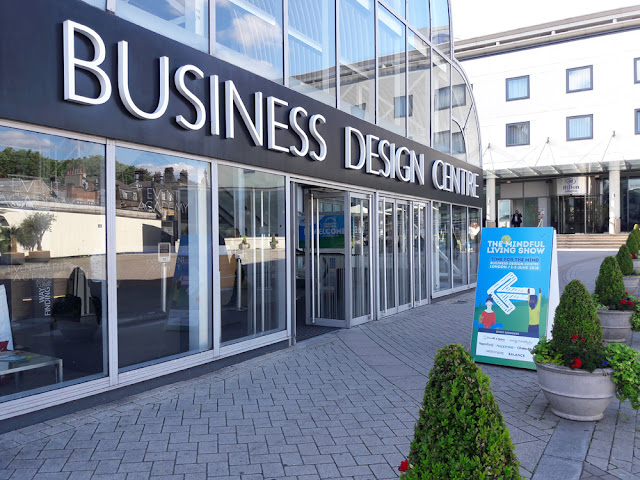 The Mindful Living Show offers a unique opportunity to learn more about the art of mindfulness and the various ways in which it can benefit daily life.

On the first day, it was lovely to see that some businesses from last year had returned and it was nice to see some familiar faces. Everyone's positive energy created such a calming Zen like atmosphere and it was fun meeting visitors. I couldn't experience any of the seminars but I did get to wander around every now and then to meet the other exhibitors.

I got to play some Singing Bowls which was great, especially as I recorded them last year! 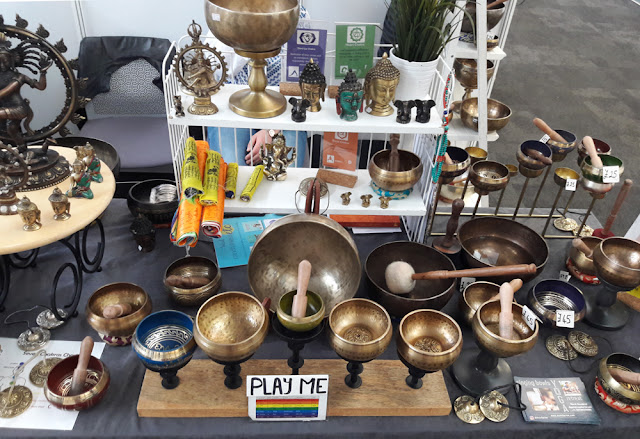 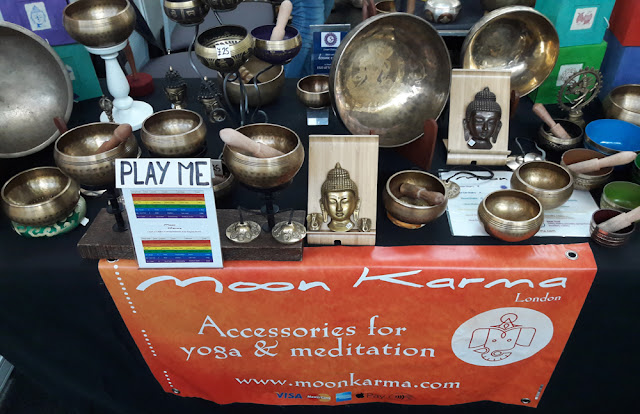 On the second day I was able to catch one seminar in the morning with Will Young. He talked about the importance of listening, the use of language and having boundaries. His delivery was fantastic! Down to earth, open, insightful and to my surprise, very humorous! He had the whole audience laughing on more than one occasion which was lovely! I didn't get to speak to him afterwards as he had to rush off to do a matinee, however Dawattie cleverly managed to slip him a copy of our CD Nature's Rainbow Mindfulness Meditations for Teens! 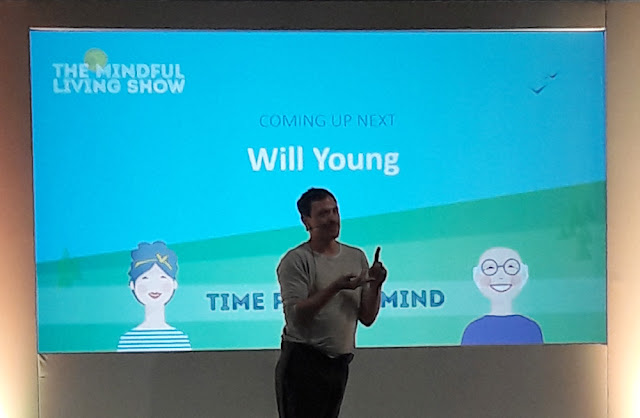 Later on that day, Dawattie gave a workshop in the Demo Zone on breathing techniques. Unfortunately I didn't get any photos of this as I decided to take part. I'm glad I did because it was really good and I learned a few techniques I didn't know about.

It was wonderful to be part of the Mindful Living Show again this year and I'm looking forward to returning next year. A nice venue, lovely staff, well organised and great people involved which left everyone feeling uplifted, inspired and energised.

Have a look on their website: www.mindfullivingshow.com
You can purchase Nature's Rainbow here: https://magnificentmemagnificentyou.com 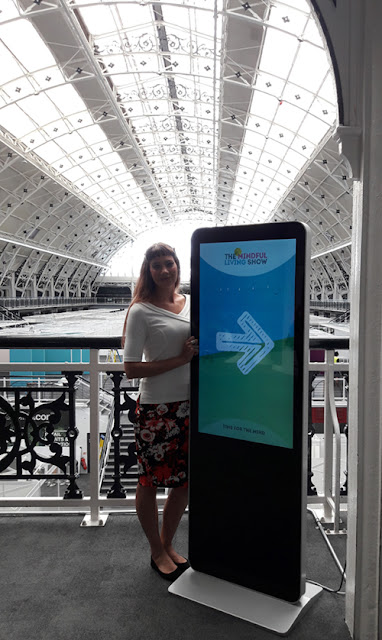