I've had a pretty extraordinary life. When I look back on all of the things I've seen and done, it's pretty unbelievable. I used to be a professional Ballet dancer! Even writing that to me seems strange because so much has happened to me in my life since those early tough days when I attended a prestigious ballet boarding school and danced for six hours a day! At times, my life today is so far removed from what it once was, it's hard to believe, that life was mine at all!

When I gave up my career, everyone told me to gradually stop dancing so that my body could adjust. I didn't listen. I stopped dancing from one day to the next and had decided I never wanted to exercise in my life ever again. I didn't need to. I was going to become a Rock Star and Rock Stars don't need to be fit. Right?

As the years past, I developed a few little problems such as an inability to sit in the same position for too long due to back and hip pains. Generally I was ok though and my body seemed to adjust with no problem to the sudden lack of movement and exercise. However, I quickly realised that being the type of Rock Star who sings, plays guitar and throws themselves around a stage was no easy job!

It takes a tremendous amount of physical strength to be able to perform with such high energy and sing at the same time, more than people realise! Suddenly I was faced with the fact that I wasn't fit enough! Sure, I could just stand there looking cool but that wasn't what I wanted. And so I had to start exercising again to increase my puff lol!

Anyone who has ever trained for many years at something, then stopped and started again will tell you, they expected their body to be able to do all of the same things it used to be able to do. But no! You may still have the body shape but as with anything in life, if you don't practice, you can't do! Most of us are in complete denial about what our body's are capable of doing after long periods of not training it. 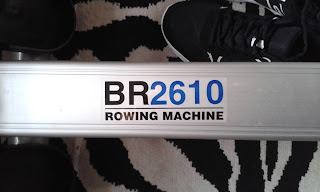 Now, I am the type of "all or nothing" person and when I say I'm going to do something, I do it. First I brought myself a Rowing Machine because there was no way I was going to a gym for people to see how crap I was at exercising haha! Rowing is great because it's easy on the knees but uses most of the muscles in the body. I started doing Yoga at my local Sports Centre but found I kept getting little muscle strains and injuries. You try telling a Ballet dancer it's not about stretching but breathing... I was in a studio for the first time in years, with mirrors!!! Of course I'm going to try to pull my feet over my head regardless of the consequences!
I gave it up but have since learnt how to do Yoga properly :-)

Next up was Self-Defence training. Mostly because I wanted to know I could kick someone's ass if I needed to. This was totally hysterical! As soon as I walked in, the teacher sussed me out! I joined in as best as I could. The class was fast and I noted how I couldn't run fast. I couldn't run at all! That's ok I thought, I'm here to learn self-defence techniques so I don't have to run! I can't remember what the name of it was but it was a form of karate that involved lots of kicking. As I tried to kick, my feet kept turning out as a dancers would and instead of kicking in an aggressive powerful manor as we were being trained to do, I was there, looking all elegant and well... like a right proper Ballet dancer hahahaha! The teacher said to me "What are you doing? Look at your feet?" I replied "I know but I can't help it, they keep doing this"! Once a dancer, always a dancer. At least I made him laugh! 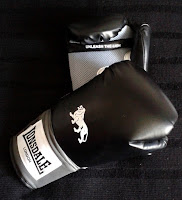 Ok so at this point I thought, lets not do anything that involves kicking! I turned my attention to something I knew I'd be good at... Boxercise! I almost puked during the warm-up and I ran slower than a 60 year old man who left me last running down the race track in front of everyone and fine, I can't skip like the badass pro teacher (think little school girl skipping and you've got the picture) but I somehow kept up and it was brilliant! The best part was doing pads. It was exhausting but everyone was so encouraging. That was until I was confronted with a Michelle Rodriguez esque semi pro boxer who battered the crap out of my pads! I was scared of her :-D I've got to protect my head as I have metal pieces on the outside of my brain but I survived Boxercise and I absolutely love it. I even have my own gloves! 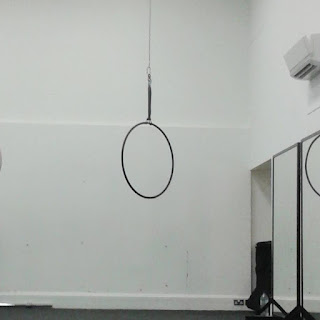 All this physical movement had awoken the dancer in me and I wanted to try Aerial Acrobatics! The Hoop specifically. I attended an Opening Class and after the teacher told me I was a natural, I decided to do the full course and had my first lesson the next day.

It looks so beautiful but believe me when I tell you, it's so incredibly difficult. Just getting up on the Hoop is hard! It takes a great deal of core strength and fearlessness.

Basically I got home afterwards and EVERY muscle in my body hurt! Plus I had skin erosion on my hands and at the back of my knees and heels! It's pretty intense, a bit scary and hurts like hell but totally thrilling all at the same time! My teacher, Valentina said I had an unfair advantage over everyone else in the beginner class because of my previous Ballet training but I have to say there were many times when I felt anything but graceful during classes!


After many years of suppressing something that always came naturally to me, I've finally learnt to let my body do what it still wants to do - dance! Who knows, maybe one day I'll do a Ballet class, just to see if there's life left in my old pointe shoes!

I've been on the path of healthy living for a while now but feeling even more inspired by all of the recent Olympic athletes to run, row, Hoop, Box, dance and anything else I can do to keep my energy levels high so I can be at my best right now!

Move your body, it wants to be moved.