I am so proud to announce the release of my tenth Music Audio Story 'Billy Joins the Circus'! This story was written with Story Time in mind. I wanted to create a story with a catchy, easy to follow song where the children could move, dance and sing along. The story is about a monkey who wants to join a circus and has to prove his talent before he is allowed to join. In the song, Billy sings about all the things he can do in an attempt to impress the Ringmaster. This song has an incredible way of making you smile and want to join in singing :-D All of the actors performed Billy's song which was great fun to record! 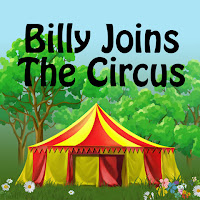 Billy the monkey always wanted to join the circus and one day he heard that one was passing through his forest. He decided he would meet the Ring Master. He meets The Ringmaster and Polly, the circus flying dolly. They are not sure if Billy has the talent for their circus and so they ask Billy what things he could do. Billy cheerfully sings a song about all the things he can do such as touch his toes, jump up and down, spin around and various other moves. It's a happy, uplifting story with the underlining message that dreams can be achieved no matter what others may tell you. This story includes an original classical soundtrack, a catchy song and sound effects throughout the narrative.


Although I take my role as a storyteller seriously,I do have an enormous amount of fun making my audiobooks! Creating the characters' voices is always an extremely fun process and I love it when I get to the stage of adding Sound Effects! Sometimes, this part of the creation process can take longer than one would imagine! I invent many of the FX in my stories from scratch and make sure I am always being original with my use of sounds. I use panning and other volume tricks to create as much movement and depth in the stories as possible. Sometimes I get so carried away with all the fun I'm having that I end up singing and dancing along to the story! It's lucky there isn't a hidden camera in the studio because I'm sure people would think I'm a little crazy haha! 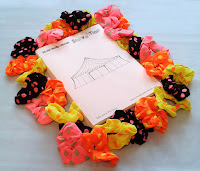 This story has been very popular in my Story Time. I brought little coloured wristbands for the children to put on to help them feel as though they are in the circus during the drama section. I also printed out templates to help me teach the children about The Big Top. They really love this! The templates give them a chance to practice their colouring in as well as their drawing skills.

I have released this audiobook on Bandcamp. Here's the link: https://musicaudiostories.bandcamp.com/track/billy-joins-the-circus