Life has a very funny way of evolving. One minute you're flying high basking in your glory, and the next you're in hell. But somehow it's only when we've reached the depths of despair that we then learn some of life's greatest secrets. Because after that moment, you have things that you didn't have before. Knowledge. Compassion. A deeper understanding of life. And so out of your greatest tragedy, comes the greatest lessons you'll ever learn. We seem to learn more from the bad stuff than the good. It can take time to see how this works because at first, you feel like, why is this happening to me???  We've all been there right! ;-) But have you ever experienced something so terrible and then looked back on it years later and thought to yourself, how did I get through that?  It's because we have a lot more power in us than we realise. After some time has passed, and you've worked through all the anger and the pain, you get to a new place within yourself. Without even realising it, you've become a stronger, better human being because of what happened to you.

We have a natural survival instinct and we are a lot stronger than we realise. If we choose, we can be like the Phoenix rising out of the ashes and soaring higher than we've ever been before. When life kicks you down, YOU KICK BACK! Show the world and yourself what you're made of, the great stuff. It's so easy to give up and lose yourself. We all fall down. But the real test for us is not how we fell down, but how we rise up to any challenge that we meet and face it head on. That's great character.

10 years ago today, I suffered a Subarachnoid Brain Haemorrhage. At the time it was so messed up and years later I suffered with terrible health problems which I kept secret. I was very ill at many Lilygun shows, even though no one had any idea about this. At Gotham Festival at 02 Islington Academy, I had a nose bleed 10 minutes before we went on stage and all sorts of other crap was going on with me but I absolutely refused to let the crap beat me. I was very resentful about this whole thing happening to me until one day, years later, "I saw the light" so to speak lol! I realised I'm the luckiest person in the world! Yes, something terrible happened but also an absolute miracle happened! Not only did I survive, I could still speak and move and function normally. I had another chance to live and continue as a musician! And to think, it was another human being that saved my life with their own bare hands! To this day I marvel at medical technology and how it can fix us!

One of the most beautiful moments in life, is when you're with someone, and they tell you about a painful experience that has happened to them and you can say, I know how you feel. We are not alone in our pain. I'm not saying our pain is the same, it's a very personal thing but I am saying that you're not the only one who has been there. Try to live every day to the full because you never know what's going to happen tomorrow. And thank your body for being healthy every day because we can't do anything without our health. Good health is a precious gift and in order to be healthy, we must be happy, and happiness is an inside job.

Trust in the Universe, it has a plan for us all. Be like the Phoenix. 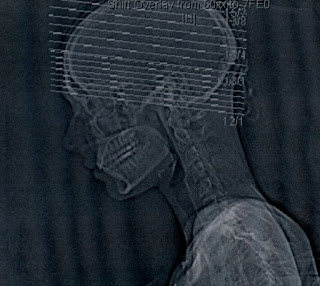