What started off as a college assignment I created, developed into this fun new project. Whilst working on my first audio story 'March of The Ants', I searched online for other audio stories and couldn't find anybody combining original classical music with original children's audio stories and sound effects. I decided to invent my own genre and call my creations 'Music Audio Stories'! These special audio books can be enjoyed by children aged 3 to 7 and are tailored for the blind as well. They can also be a useful learning tool for children with impaired vision or vision disabilities.

With five stories completed, I have worked with many actors and musicians including the Olivier nominated actor Paul Kaye - Mr Wormwood in the award winning West End hit musical Matilda as well as appearing in many TV and film roles such as Franky Wilde in the award winning 'It's all gone Pete Tong' and is currently in the new series of Game of Thrones and Tom Meadows - who can be found touring the world drumming for some of today's biggest artists such as Kylie Minogue. 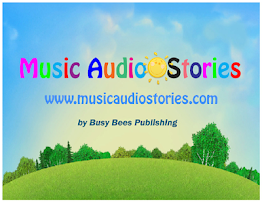 GET A FREE DOWNLOAD OF 'MARCH OF THE ANTS' HERE!